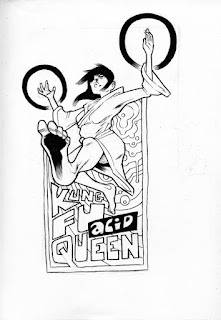 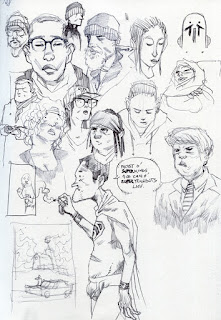 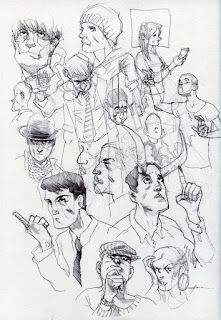 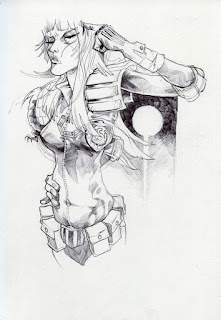 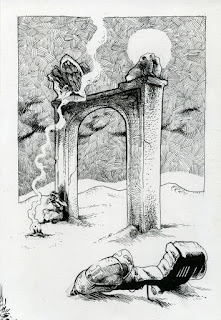 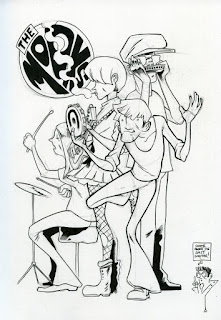 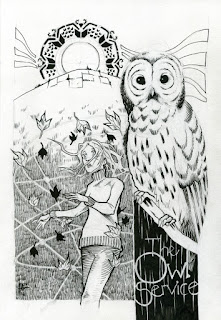 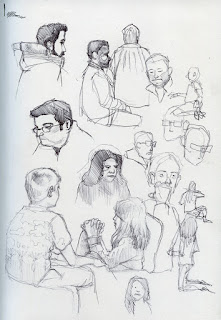 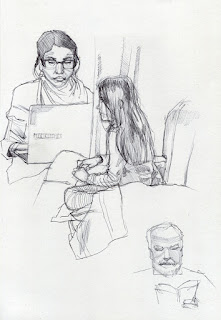 Posted by Alfie Gallagher at 21:40 No comments:

Really enjoyed the first one, it's obvious that Ryan really loves his crime-noir and Sami is just so solid on the art, great characterisations, great environments, just great solid comic book art. I'm sure this one is going to be a cracker.

Here's a pin-up I did for the campaign... 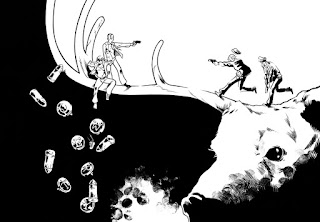 Hopefully there's news down the line regarding a project I've worked on with Ryan and colourist Triona Farrell. To the future!
Posted by Alfie Gallagher at 10:36 No comments: 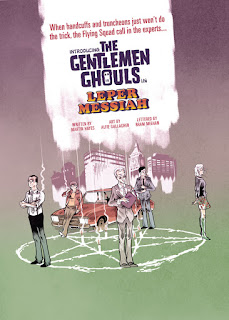 In October 2015 writer Martin Hayes got in touch with me after seeing a piece I did for Inktober titled 'Pungent'. He gave me a brief low-down for a serial story to be created for Aces Weekly. The boiled down pitch was essentially 'Hammer House of Horror meets The Sweeney'. I was immediately sold as I do enjoy so much stuff from that time period that would intersect with this, movies like 'Get Carter', 'Performance', 'The Wicker Man', 'The Devil Rides Out', grimy crime and grimier occult horror. 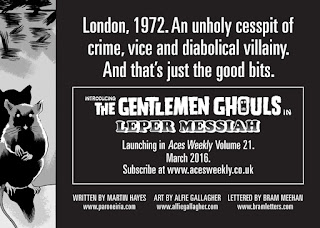 It was obvious from the start that Martin had a great knowledge and affection for all this stuff and it really came across in the scripts, reverential and irreverant in equal measure, sharp and funny. All in all I had a blast working on these pages, and I can only hope that comes across to some degree.

I had real fun depicting the time period, naff browns, turquoises and oranges, naffer cuffs and collars. There's something I find alluring about this early 70s time period, the shiny plastic space age dream of the 60s starts to rot and becomes a bit seedier and grimier, and in a lot of ways, all the more interesting for it. Although it's probably better to look back at this time period than to have lived through it.

As I'm living in London, where the story is set, I was able to visit specific streets, specific pubs that were mentioned in Martin's script for references and shots, this really added to me engaging with this project.

Had a lot of fun depicting these characters, especially Detective Inspector Jack Pike and Detective Sergeant Paddy Roach, they can be right arseholes but that just adds to the fun of depicting them. 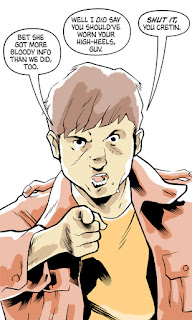 Special mention goes to Bram Meehan, the letterer and logo designer, who really nailed the look and feel that's just right for this project. It was so good to see the final skin of lettering applied to the pages and for it all to sync in with the project so well. All in all, been a pleasure working with Martin and Bram on this, down to earth but also diligent when comes to hitting marks and aiming for the bullseye.

I'm a big fan of a lot of hoary old music from this period, Hawkwind, Thin Lizzy, T-Rex, Black Sabbath... so was excited to see possibly the greatest musical star of that period making a small appearance early on in the script. He was someone who not just reflected these times but also defined them. When I started drawing these pages in November 2015 he was among us, only to pass away in January 2016. So what began as a playful piss-take is after the fact, a clumsy tribute of sorts. But hopefully it's evident that Martin and myself have great affection for the artist, specifically this incarnation of him. 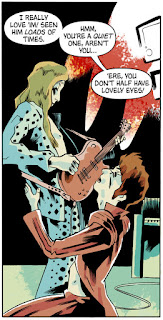 Hopefully, I have the opportunity in the near future to return to this world of seedy crime and scary monsters and it's main cast of characters.

You can subscribe now to Aces Weekly to receive weekly downloads of Volume 21 which contains this serial of 'Gentlemen Ghouls' which runs over a 7 week period, the volume will also include other work from other great creatives and teams, all of which, I'm really proud to be a part of.
Posted by Alfie Gallagher at 07:41 No comments:

Various Artists - The Beast in Me

Recently, created this page for Tim Bird's 'Various Artists - Pop and Rock' project. Artists do a one-page comic focusing on a song that had some impact on them at some point in their life. Nice to do a little rough and ready autobiographical thing. 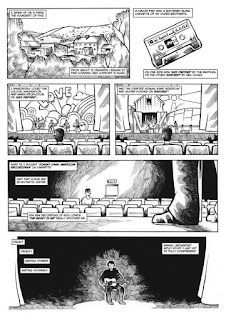 Check out more over at the Various Artists - Rock and Pop page.
Posted by Alfie Gallagher at 14:58 2 comments: