I've really got into the music of Thin Lizzy over the last few years, especially the period from the early slightly folkish stuff up to the Jailbreak album(1976). I also love record cover artwork and I've really enjoyed taking in the artwork created by Jim Fitzpatrick for the band in the 70's. You may know Jim's work without knowing you do, he created the iconic stark graphic image of Che Guevera in the sixties.

I love the mixture of clean Neal Adams-style inking, mixed with comic book sci-fi and celtic imagery in this stuff. I prefer the scrappy comic-book vitality to be found in these earlier examples of his work over his later, more refined work based on Celtic myths and legends.

Below are a selection of Thin Lizzy related artwork (hopefully) in order of creation: 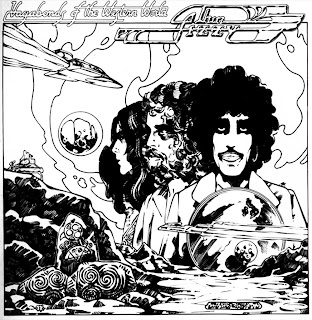 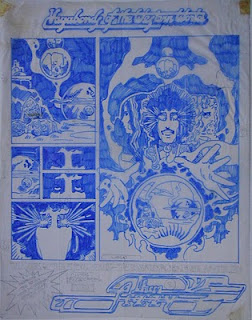 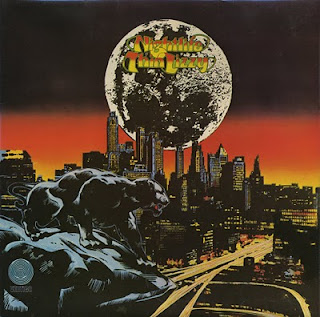 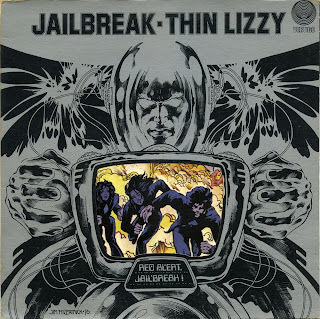 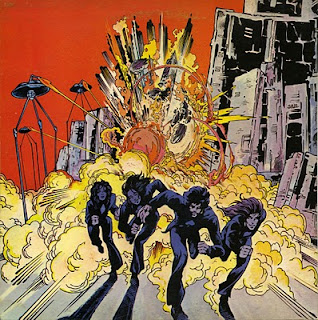 Exterior and interior artwork for 'Jailbreak'(1976). This was in the good ol' days of gatefold sleeves and die cutting. 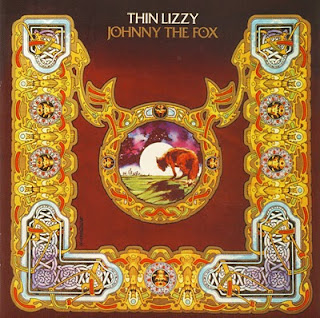 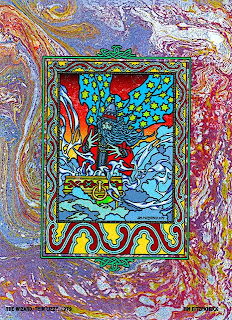 Unused promotional work 'The Wizard'(1979)
Posted by Alfie Gallagher at 20:44